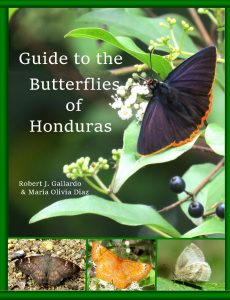 When one thinks of butterflies so many things come mind; the incredible migration of the Monarchs, fritillary-filled meadows in the mountains, swallowtails on a Buddleja bush or Cabbage Whites in the backyard. For those who are a bit more familiar with more distant parts of the world other species come to mind, such as the gleaming blue morphos and mesmerizing owl-eyes of the Neotropics, the gigantic birdwings of New Guinea or the amazing jezebel sulphurs of Asia. Along with so many elements of our natural world, butterflies have been admired and depicted for millennia. In some cultures, such as the ancient Maya of Central America, they believed that when a warrior passed away his soul converted into a butterfly.

Butterflies play an integral role in natural ecosystems primarily by serving as pollinators for an unknown amount of flowers, but are also an integral part of the food chain. It has been proven that the Longwing butterflies of the Neotropics can convert pollen into proteins from special flowers and increase their longevity by eight fold. The larvae of Glasswings and other species eat venomous plants and retain the toxins into adulthood, thereby making them inedible to many potential predators. Species new for science continue to be discovered in regions that were once thought to be well-surveyed. There is much that scientists do know, but also so much yet to learn about these fascinating insects. 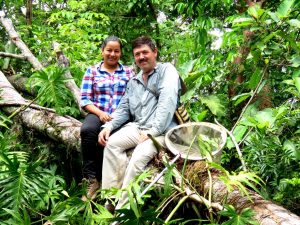 Robert Gallardo, the senior author of the future book, “Guide to the Butterflies of Honduras,” has been informally surveying butterflies in Honduras for more than twenty years and together with Olivia Diaz have now been documenting species intensively for more than four years. In the first fourteen months of field work they have already detected three new species for science (all endemic to Honduras) and catalogued three-hundred country records which include many major discoveries and large range extensions. They have been collaborating with top scientists from around the world including experts at the Smithsonian Natural History Museum in Washington, the McGuire Center for Lepidoptera Research and Insect Conservation at the University of Florida, the University of Texas Southwestern Medical Center in Dallas, editors from the journal Tropical Lepidoptera, amongst others.

How you can Support

When finished, the book will be the first in the region to cover all six families of butterflies in a single volume utilizing photos from a single country. The book will be published by Pro- 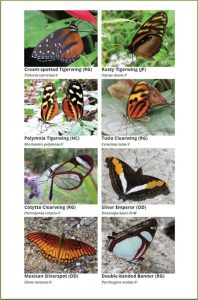 HN. Estimated production and related costs are approximately $17,500. Funds surpassing this amount will be utilized to deliver copies to public schools in rural areas across Honduras.

Logos from corporations, institutions or other sponsors will be placed toward the front of the book and requires a minimum of $5,000 no later than September 30, 2022.

Every donation helps. Thank you for your consideration.