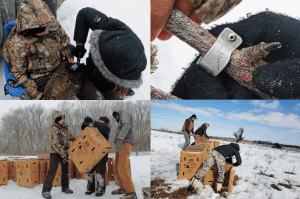 The Missouri Department of Conservation (MDC) and the University of Missouri – Columbia are conducting a five and a half year cooperative research project to learn why we are seeing a downward trend in our state’s turkey population.

The goal of the study is to scientifically gather data in order to suggest informed large landscape changes to our turkey populations. This research will not only impact Missouri, but many states that have the same trend as ours.

We are partnering with National Wild Turkey Federation (NWTF) to raise money to help fund part of this multi-year research project.

We need your help to continue this critically important research. If we help increase turkey numbers, we help all woodland/upland species, including the Bobwhite Quail!

More about the research

Nest success and poult survival rates from a previous north Missouri study were lower than many previously reported estimates from the literature, and the poult-to-hen ratios calculated from the summer brood survey during the past 4 years are some of the lowest in the state’s history.

Objectives of this five and one-half year cooperative research project with Drs. Mitch Weegman and Michael Byrne at the University of Missouri include:

To investigate poult survival and cause-specific mortality, Very High Frequency (VHF) radio transmitters will be deployed onto wild turkey poults. To reduce the potential of researcher-induced poult mortality, the least invasive and most effective technique for transmitter attachment will be tested using two methods—glue-on and suture—on captive turkey poults prior to the first field season.

Field work for this project will cover 4 nesting and brood-rearing seasons (to capture annual variability in covariates), and work will be conducted in Putnam County, Missouri. Hens will be monitored for productivity and poults will be monitored for survival. Wild turkey nest and poult predators will be monitored for occupancy and density. The team will evaluate the effects of habitat, weather, and food availability on turkey reproduction by conducting vegetation surveys, collecting temperature and precipitation data, and collecting insects at systematic locations throughout the study area. 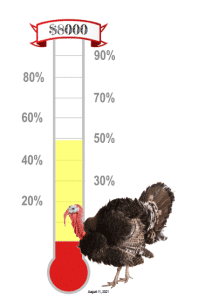